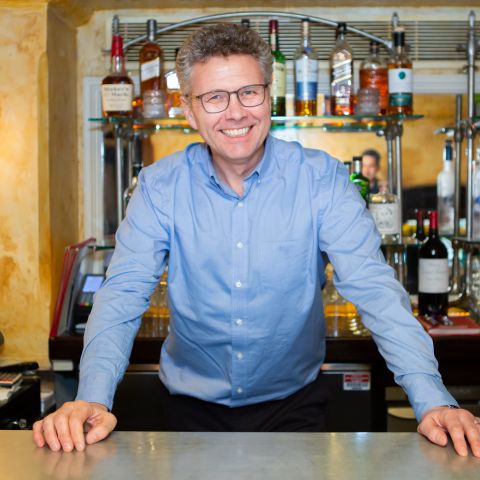 Richard has worked in licensed property since 1990 and is widely recognised as one of the country's leading restaurant advisors. His integrity, professionalism, market knowledge and passion for the licensed property sector have resulted in him being a key advisor to most of the country's leading restaurateurs. These include: Azzurri Group, Bills, Brasserie Blanc, Byron, Carluccio’s, Casual Dining Group, Cote, Five Guys, Giggling Squid, GBK, Loch Fyne, Pizza Express, Pizza Hut, Prezzo, Wagamama, along with a large number of fine dining and independent operators.  He is the go to advisor for branded restaurant operators looking to consolidate or expand their estates. A former head of property working client side for one of the UK’s leading national pub operators, Richard has also represented some of the leading pub companies dealing with the sale of leasehold properties for Greene King, Spirit, Orchid, Mitchells & Butlers, and Intertain. When he is not working, he likes to keep fit and for his sins is a West Ham supporter.

Favourite drink/meal: Pint(s) of Truman Pale Ale. Since he eats most things, it is probably best to note his least favourite meal, which is a Patty & Bun (from Liverpool Street before the last train home) burger with all the trimmings, which invariably when eaten after many of the aforementioned favourite drink, seems to end up dribbled all over his clothes resulting in a very expensive dry-cleaning bill.

Favourite pub/restaurant: Crate Brewery, Hackney Wick (frequented before West Ham home games) and Balthazar, Covent Garden – where he is recently believed to have had breakfast, lunch and dinner in the same day.

Most satisfying deal: Acquiring for Prezzo, their restaurant in his home town of Rayleigh, Essex, which he says helps him to explain to his friends and family what he does for a living.